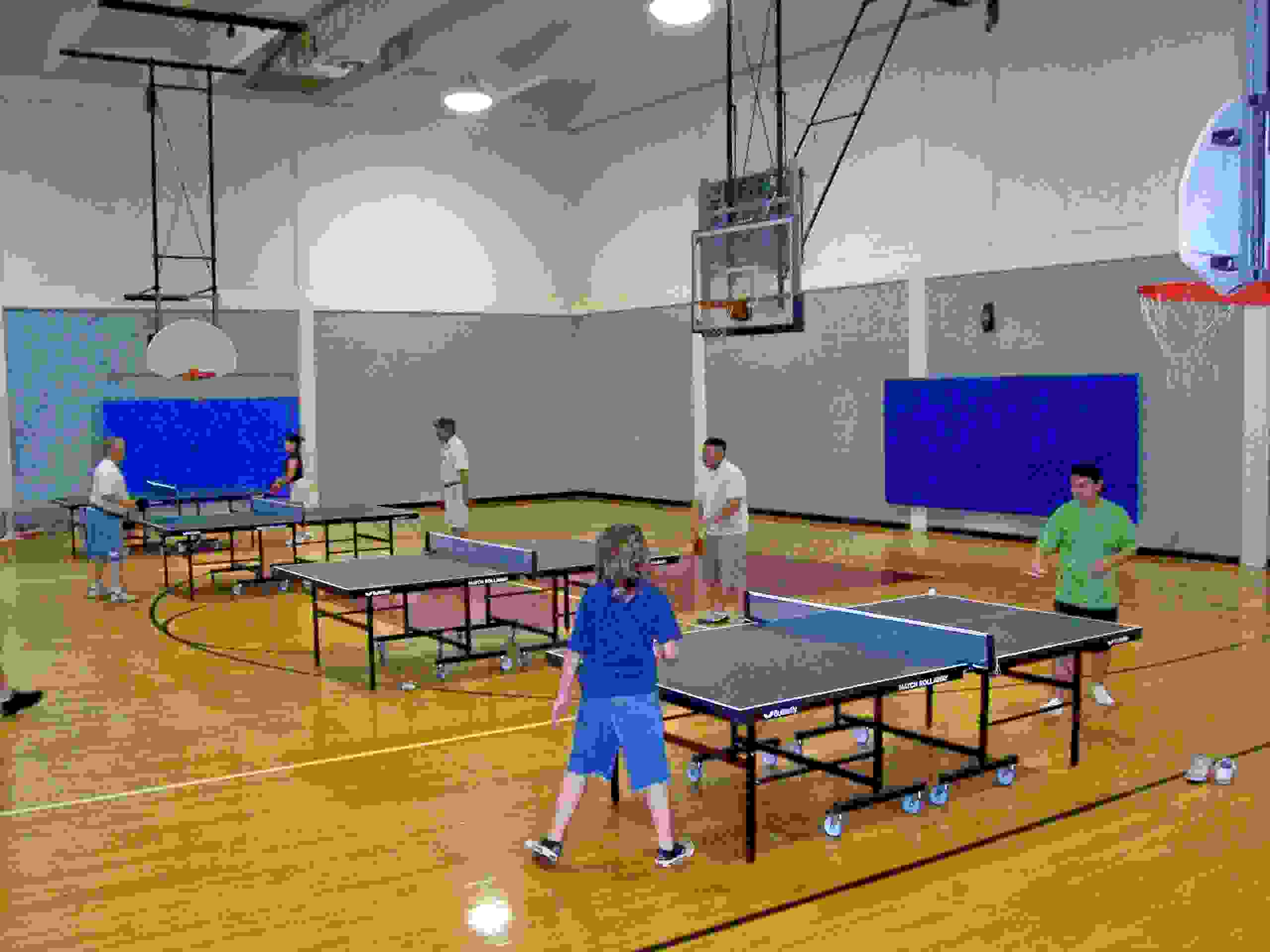 We are currently closed until further notice due to "virus"

We'd love to have you come play with us whether you're a beginner or advanced player.  We can always find you some friendly fun competition of any ability.  Our hours of operation are Mondays and Thursdays from 6:pm until 9:pm. There is always someone available to help others improve their playing abilities.

Our club started officially in 1993 but years before that we had members playing all around the City of Pensacola in various different location.  In 1996 however due to the efforts of five men (Roberto Saria, William Redding, Mizell McKee, Anthony Okafor and Russell Wyatt)  our club was officially recognized by the USATT organization and the Internal Revenue service as a Non-Profit 501(c) (7) Pensacola Table Tennis Club. Four of the five members still abide and occasionally play here in Pensacola.

One of the main reasons our club grew the way it has was because of a program in USATT called the "Grass Roots" program.  Roberto petitioned USATT for a Grass roots grant and eventually we were given the funds to purchase enough good tables to allow us to host table tennis tournaments and become self funding. Past Presidents of the club after Roberto's moving to Pheonix include Steve Sebastian, Jose Bocanegra and currently for the past 20 years, L.A. Johnston.  Under L.A.'s guidance we have grown from six tables to twelve tables, two robots and host multiple tournaments per year. Our membership is steadily growing and is our club and sport following.

Symbiotic relationship with the City of Pensacola

We have a very good relationship with the City of Pensacola Parks and Recreation. For years now we have helped each other to the benefit of both entities.  We helped pay for better lighting within the facility through tournament proceeds and outside donations from tournament players. We help with Senior Games management and materials. The city helps us by allowing us to play there. It's a relationship we intend to continue for many years to come.

These are our upcoming events to make your plans to attend.  Enter by clicking the PayPal button and filling out the entry form below.

Donate to our next event here

Thankyou for your support of the Pensacola Table Tennis Club by Donating to our next tournament here.

GONE BUT NOT FORGOTTEN "OUR FALLEN HEROES"

Bill Mobley was a big inspiration to me.  I remember the first time I played him and he loved to hit my LP chops. I asked him how he did that and he was always happy to explain. He was a great gentle spirit across the table and always a happy sport.

Our dear friend who was full of life and enjoyed this wonderful sport we all enjoy so much called table tennis. He has passed away this previous Tuesday. Our prayers are with him, his family and love ones. He was always nice to everyone he came in contact with at all of his tournaments he participated in. He was the type of person that cared a lot about others and meeting new people at events sharing thoughts and showing kindness. He use to call certain people, ratings protector when individuals did not go to tournaments to compete. Meaning he really just wanted friends to show up at tournaments to hang and chat with. Always wearing unique and stylish clothes while tournaments being played. Steve, you will be extremely missed by many people. We love you Steve Simon!